What goes up must come down. This simple law of gravity can been seen in baseball, and these days, the stock market.

As I attended the Web 2.0 conference in New York recently, I had occasion to ask Tim O’Reilly what he thought about libraries. “Well, OCLC’s doing some good things,” he said. I encouraged him to continue looking at library standards, as the 2006 Reading 2.0 conference pulled together a number of interesting people who have been poking at the standards that knit libraries and publishers together.

But the phrase Web 2.0, coined by O’Reilly, was showing signs of age. From the halycon days, where every recently funded website showed rounded corners and artful form submission fades, the new companies were a shadow of their former booth size. Sharing space with the Interop conference, Web 2.0 was the bullpen to the larger playing field.

Interoperability What helps companies to grow and expand? Some posit that the value of software is estimated by lock-in, that is, the number of users who would incur switching costs by moving to a competitor or another platform.

In the standards world, lock-in is antithetical to good functioning. Certainly proprietary products and features play a role to keep innovation happening, but cultural institutions are too important to risk balkanization of data for short-term profits.

Trusted peers It seems to me that curation has moved to the network level, and a certain amount of democratization is now possible. The cautions about privacy and users as access points are true and useful, but librarians and publishers have a role in recommending information, and this is directly correlated to expert use of recommender systems. Web 2.0 applications like del.icio.us for bookmarks, last.fm for music, and Twitter and Facebook for social networks provide a level of personal guidance that was algorithmically impossible before data was easily collectible.

Prior to last.fm’s 2007 purchase by CBS Music, public collective data about listening habits was deemed “too valuable” to be mashed up by programmers any longer. In the library world, there’s a unique opportunity to give users the ability to see recommendations from trusted people. Though del.icio.us does this quite well for Internet-accessible sources, there’s an opportunity extant for the scholarly publishers to standardize on a method. Elsevier’s recent Article 2.0 contest shows encouraging signs of moving towards a release of control back to the authors and institutions that originally wrote and sponsored the work.

In the end, though, companies that are forced to choose between opening up their data or paying their employees will not likely choose the long-term reward. Part of this difficulty, however, has been tied to the lack of available legal options, standards, or licenses for releasing data into the public domain. The Creative Commons project has pointed many people to defined choices if they choose to enable their works into the public domain or for reuse.

Jonathan Rochkind of Johns Hopkins University points out that “A Creative Commons license is inappropriate for cataloging records, precisely because they are unlikely to be copyrightable. The whole legal premise of Creative Commons (and open source) licenses is that someone owns the copyright, and thus they have the right to license you to use it, and if you want a license, these are the terms. If you don’t own a copyright in the first place, there’s no way to license it under Creative Commons.

The Open Data Commons has released a set of community norms for sharing data. This is a great step towards a standard way of separating profit concerns from the public good, and also frees companies from agonizing legal discussions about liability and best practices.

Standard widgetsIf sharing entire data sets isn’t feasible, one practice that was nearly universal in Web 2.0 companies was the use of widgets to embed data and information.

In his prescient entry, “Blogs, widgets, and user sloth,” Stu Weibel describes the difficulty he had installing a widget, a still-depressing reality today.

Netvibes, a company that provides personalized start pages, has proposed a standard for a universal widget API. The jOPAC, an “integrated web widget,” uses this suggestion to make its library catalog embeddable in several online platforms and operating systems. Since widgets are still being used for commercial ventures, there seems to be an opportunity to define a clear method of data exchange. The University of Pennsylvania’s Library Portal is a good example of where this future could lead, as its portal page is flexible and customizable.

Perhaps a widget standard would give emerging companies and established ventures a method to exchange information in a way that promotes profits, privacy, and potential. 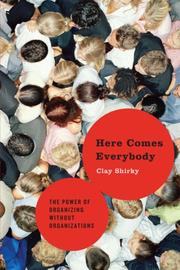