In 1993, Yale computer science professor David Gelertner opened a package he thought was a dissertation in progress. Instead, it was a bomb from the Unabomber, who had written in his manifesto that “Technological society is incompatible with individual freedom and must therefore be destroyed and replaced by primitive society so that people will be free again.” Though Kaczynski’s point was lost when attached to violence, it’s ironic that his target was a computer science professor who professed not to like computers, the tool of a technological society.

In addition, in one of the dissertations Gelertner supervised, Eric Thomas Freeman proposed a new direction for information management. Freeman argued that “In an attempt to do better we have reduced information management to a few simple and unifying concepts and created Lifestreams. Lifestreams is a software architecture based on simple data structure, a time-ordered stream of documents, that can be manipulated with a small number of powerful operators to locate, organize, summarize, and monitor information.” Thus, the stream was born of a desire to answer information overload.

While Freeman anticipated freedom from common desktop computing metaphors, the Web had not reached ubiquity 12 years ago. His lifestreams principles live on in the software interfaces of twitter, delicious, Facebook, and FriendFeed. But have you tried to find a tweet from three months ago? How about something you wrote on Facebook last year? And FriendFeed discussions have no obvious URL, so there’s no easy way to return to the past. This planned obsolescence is by design, and the stream comes and goes like an information bomb.

In The Anxiety of Obsolescence, Pomoma College English professor Kathleen Fitzpatrick says that “The Internet is merely the latest of the competitors that print culture has been pitted against since the late nineteenth century. Threats to the book’s presumed dominance over the hearts and minds of Americans have arisen at every technological turn—or so the rampant public discourse of print’s obsolescence would lead one to believe.” Fitzpatrick goes on to say that her work is dedicated to demonstrating the “peacable coexistence of literature and television, despite all the loud claims to the contrary.” This objective is a useful response to the usual kvetching about the utter uselessness of the activity stream of the day.

A Standard for Sharing Now popularized as activity streams, the flow of information has gained appeal because it gives users a way to curate their own information. Yet there is no standard way for this information to be recast by the user or data providers in a way that preserves privacy or archival access.

Chris Messina has advocated for social network interoperability, and suggests that “with a little effort on the publishing side, activity streams could become much more valuable by being easier for web services to consume, interpret and to provide better filtering and weighting of shared activities to make it easier for people to get access to relevant information from people that they care about, as it happens.” Messina points out that the activity stream “provide what all good news stories provide: the who, what, when, where and sometimes, how.”

In the digital age, activity streams could be used as a way to record interactions with scholarly materials. Just as COUNTER and Metrics from Scholarly Use of Electronic Records (MESUR) record statistics about how journal articles are viewed, an activity stream standard could be used to provide context around browsing.

For example, Swarthmore has a fascinating collection of W.H. Auden incunabula. You can see what books he checked out, the books he placed on reserve for his students, and even his unauthorized annotations, including his exasperated response on his own work, “Oh God, what rubbish.” What seemed ephemeral is a fascinating exercise in tracing the thought of a poet in America at a crucial period in his scholarly development. If we had captured what Auden was listening to, reading, and attending at the same time, what a treasure trove it would be for biographers and scholars.

The Appeal of Activity Streams In 2007, Dan Chudnov wrote in Social Software: You Are an Access Point, “There’s a downside to all of this talk of things “social.” As soon as you become an access point, you also become a data point. Make no mistake-Facebook and My Space wouldn’t still be around if they couldn’t make a lot of money off of each of us, so remember that while your use of these services makes it all seem better for everybody else, the sites’ owners are skimming profit right off the top of that network effect.” How then can the user access and understand their own streams and data points?

Maciej Ceglowski, former Mellon Foundation grant officer and Yahoo engineer, has founded an antisocial bookmarking service called Pinboard which safeguards user privacy over monetization and sharing features. One of its appealing features is placing the user at the center of what they choose to share, without presuming that the record is open by default. In fact, bookmarks can be made private with ease. 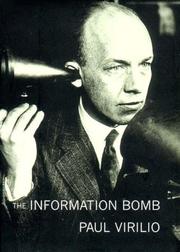 In The Information Bomb, Paul Virilio wrote that “Digital messages and images matter less than their instantaneous delivery: the shock effect always wins out over the consideration of the informational content. Hence the indistinguishable and unpredictable character of the offensive act and the technical breakdown.” Users can manage or drown in the stream. To safeguard this information, users should push for their own data to made available so that they can make educated choices.

With the well-founded Department of Justice inquiry into the Google Book project about monopoly pricing and privacy, libraries can now ask for book usage information. Just as position information enables the Hathi Project to provide full-text searchability, usage information would give libraries a way to better serve patrons, and to give special collections a treasure trove of information.